Homemade pumpkin spice marshmallows are all the rage for fall. Dunk them in your coffee, try them on a s’more or just eat them with reckless abandon. 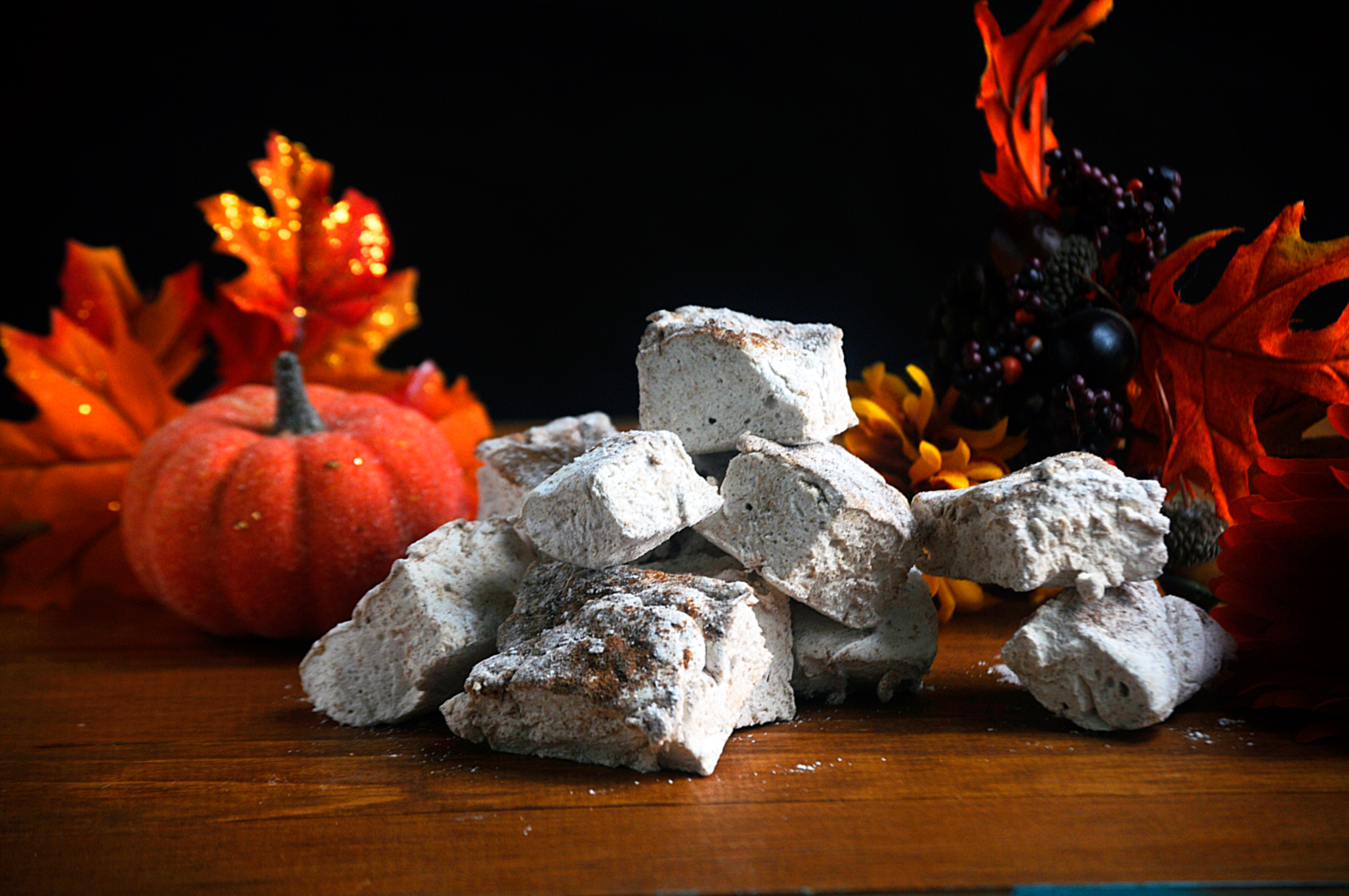 Have you ever had a homemade marshmallow? Until recently, I hadn’t. And had no real desire to make them. I’m terrified of heat, which might sound ridiculous because I cook fairly often. As a kid, my mom would come home from culinary school covered in burns from the hot ovens. And I made my mind up then that I would never go near an oven for fear of burning my flesh off. Fires, burning, heat. All bad. And to make marshmallows, you need to heat up a sugar syrup. So I avoided them.

Until a few weeks ago. We were throwing a dessert party at the office and a co-worker professed her love of pumpkin spice. Along with every other person on the planet. I considered pumpkin spice cupcakes and whoopie pies but for some reason, marshmallows stuck in my head. Now was as good a time as any to test my hand. I was pleasantly surprised at how easy they were. A bit of heat over the stove, then 15 minutes of whipping in your mixer. My favorite appliance did all the work for me.

We ate them straight. They were delicious. Soft, fluffy, spicy. Later, I mixed some into my coffee. And then my hot chocolate. I basically inhaled them all in one sitting. Once you’ve tried homemade marshmallows, you’ll never go back. 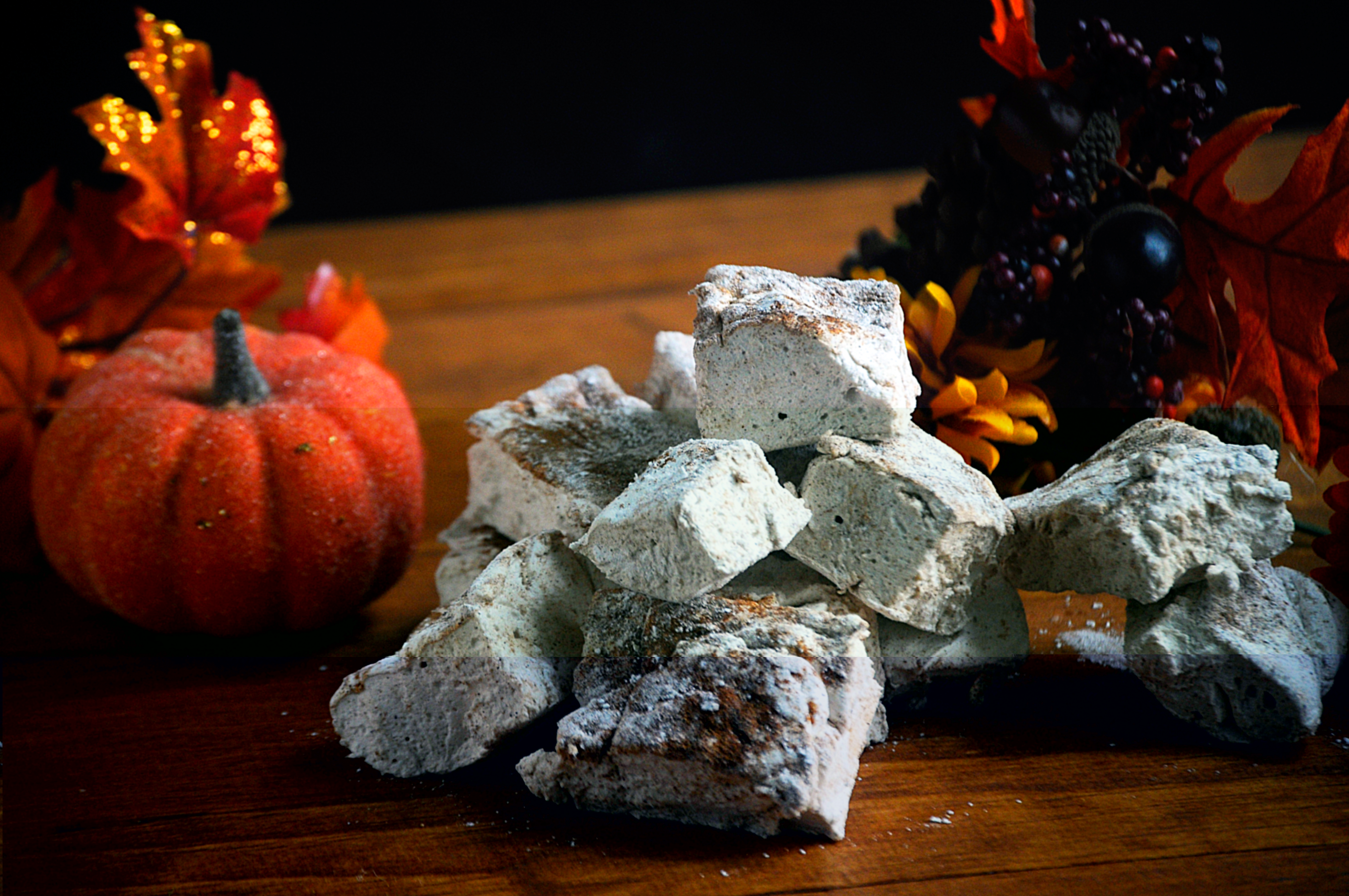